Sex can be painful, or just embarrassing or frustrating

Of course, there are physical challenges: Starting around age 50, erections are more difficult to sustain (and less hard), and take longer to regain after orgasm. Natural vaginal lubrication dries up, the pelvic floor becomes prone to spasms, and the cervix thins out and becomes irritable. And many of the medical conditions that are common in older adults, such as diabetes or cardiovascular disease-or the medications used to treat them-get in the way as well, impacting libido, erectile function, or response to sexual stimulation.

But there are plenty of ways to get around those limitations, from Viagra to hormone-replacement therapies to lubricants. And more than that, an assumption that older people will be incapable of sex because of erectile dysfunction or vaginal dryness presumes a narrow definition of sex, limited to penetrative intercourse. “It becomes more about exploring each other’s bodies in other ways that they find more intimate,” Malta told me.

And what about someone with whom you’re not in love?

Karen, a 69-year-old in New York City who asked to be identified by only her first name to protect her privacy, told me that sex is great at her age. She finds that men are more aware of women’s desires; if they can’t sustain erections, they’re more thoughtful and creative, and they compensate-often with oral sex. “They’re very willing to do whatever it takes,” she said.

Suki Hanfling, a sex therapist and a co-author of Sexuality in Midlife and Beyond, told me that she knows lots of elderly people having great sex; she mentioned one who had her first orgasm at the age of 83

This is a sharp contrast to what many women now in old age experienced earlier in life. “For a lot of older women, it was sex in bed with the lights off, their nightshirt pulled up, and it was about men’s pleasure,” Malta told me. Moreover, she said, older adults are freer now to explore the fluidity of attraction and gender. Some who have identified as heterosexual their whole life are trying out same-sex relationships that they previously thought of as off-limits.

Older adults who are forming new relationships, and finding new possibilities within them, don’t have all the time in the world. That reality can cast a shadow, tingeing even the best moments with an edge of sadness, but it can also clarify the beauty in each other and the world. I heard this firsthand from many older daters; they were conscious of their limited time, sometimes painfully so, but those who had found new partners felt particularly grateful that they were able to do so later in life.

And those I spoke with who were single were often happily so. Al Rosen, the sexagenarian with the dating-app flash cards, told me he was-for the first time ever-really enjoying spending time alone. Laura Iacometta, a 68-year-old director of a theater company in New York City, told me that she’s disappointed by the scarcity of hookups in her older lesbian community, but that she’s “more self-actualized than I’ve ever been in my entire life.”

So although lots of unmarried older people aren’t going on many dates, they aren’t all dissatisfied. Helen Fisher, a biological anthropologist at the Kinsey Institute who helps conduct the “Singles in America” study 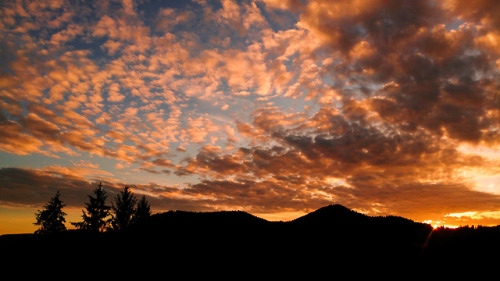 , told me about two questions they asked respondents in the 2012 iteration of the survey: How likely are you to pursue a committed relationship with someone who offers everything you are looking for in a relationship but whom you don’t find sexually attractive? They found that the single people least likely to compromise on attractiveness and feelings were those 60 and older. Fisher’s hypothesis is that older adults are less desperate to find partners than they may have been at a younger age-because they wanted someone to raise children with, or because they felt a societal pressure to partner up.